What Coffee Maker is Best to Buy in 2020

6 Best Coffee Maker With Grinder in 2020

Passionate about Coffee. I like to test and share my honest opinion on favorite products. My opinion every day for popular coffee related products. Stay tuned!

Quite a lot of people are having a delicious cup of coffee in the morning. This cup of coffee gives them the energy they need to start the day and have the energy boost they neew. During the day many people still drink several cups of coffee; not only for energy, but also for the delicious taste of coffee.

Before we take a closer look at the differences and similarities, we first want to briefly discuss what exactly energy drinks are.

What is energy drink?

The name ‘energy drink‘ is actually a common name for several types of beverages. Bullet, Red Bull and Monster, among others, fall under the heading of energy drinks; these drinks are specially created to give us extra energy.

In a can of Red Bull you will find mainly the same ingredients as in a can of Monster. However, the taste difference is created by all kinds of sugars that are added to the drink. These sugars, in combination with the included caffeine, provide the energy boost.

The energy drinks have gained in popularity particularly from students. It is also a popular drink with professional drivers, as they are working at the most difficult times. An energy boost is a little bonus for these people.

About 1 milligram of taurine can be found in an average can of energy drink . This substance is used in the human body for multiple processes.

The question is whether this extra intake of taurine provides improved performance or not. Several researchers have expressed their doubts about this; they suspect that such an amount of taurine is not particularly beneficial for the body of young people.

Finally, I would also like to point out the presence of B vitamins in energy drinks. These vitamins are important for the functioning of your entire body, but at the same time involve risks. For example, if you consume too many B6 vitamins, it can lead to muscle cramps.

The advice is therefore not to get too many B6 vitamins. Therefore, always check the packaging of an energy drink can to find out how much B6 vitamins the drink contains; this can make quite a difference between different brands of energy drinks.

What do they have in common?

Now that you know what energy drinks are, it’s time to start looking at the similarities with a cup of coffee. In the above list of ingredients, the first mentioned ingredient has undoubtedly been noticed. Yes, energy drinks also contain caffeine, just like in coffee.

In fact; research has shown that the amount of caffeine in both drinks is about the same. Recently I wrote in our article ‘ How long does coffee work? that one cup of coffee contains about 80 to 85 milligrams of caffeine.

It is important to look at the content of the type of drink. A cup of coffee often has the same amount; the amount of 80 to 85 milligrams of caffeine is therefore relatively consistent. The amounts of the energy drinks differ a lot; a can of Monster energy drink is also available in an amount of 500 milliliters. If you drink a 500 milliliter can of Monster, you get a whopping 160 milligrams of caffeine. That differs quite a bit from coffee, but more about that later in this article.

Another similarity, of course, is that both drinks provide a true energy boost. This is reasonably due to the caffeine present.

What are the differences between coffee and evergy drinks?

The only similarity between coffee and energy drink can be found in the caffeine content. Is it likely to think that these drinks differ quite a lot from each other? Yes absolutely.

I have already mentioned the first difference above; the guarana extracts. These extracts are only present in energy drinks and have much the same effects as caffeine. So with a can of energy drink you get both caffeine and guarana extracts, while with coffee you only get caffeine.

There is also a difference in the influence of this caffeine:

Also, the fact is that the energy drinks contain more harmful ingredients than coffee. This is reflected in the amount of sugars; a cup of coffee contains 0 grams of sugar, unless you add this yourself. 100 ml of Red Bull energy drink contains no less than 10 grams of sugar.

This sugar is also responsible for the energy boost mentioned above in combination with the energy dip. Due to the presence of these sugars, the energy drinks also bad for your diet habits.

Finally, there is of course also a clear difference in taste. The energy drinks have a rather sweet taste, while the taste of coffee is unique. Also, with coffee you can adjust the taste yourself, while with the energy drinks you are dependent on the composition of the drink.

What is healthier coffee or energy drinks?

Inevitably, this question cannot be missing from this article. Which is healthier to drink; coffee or energy drink? If you seek for available researches on the internet, striking things will come to light. For example, several studies indicate that energy drinks are healthier, as some variants contain less caffeine than an average cup of coffee. In my view, that conclusion is far too short-sighted.

However, it is important to observe the advice of the National Coffee Association. The NCAr has indicated that a maximum of 4 cups of coffee per day may have significant benefits for the human body. If you drink too much coffee, this can lead to various health problems. This is also the case when drinking energy drinks. The advice here is to drink a maximum of 2 cans of 250 ml energy drink per day.

Pregnant women and children are advised to drink less energy drinks and coffee. The influence of caffeine is too intense in these groups; therefore always be careful if you are pregnant or if you give energy drinks to your children. A 10 year old child can drink a maximum of 1 can of energy drink per day. Due to the increased sugar content, even that is not recommended.

The moral of the story; coffee is healthier than energy drink. However, be careful not to consume too many of these drinks with both coffee and energy drinks. After all, too high a caffeine intake is harmful to the human body.

The above conclusion can be further explained in another way. It is therefore necessary to look at the consequences of coffee and energy drinks.

Research has shown that coffee , with a healthy intake, contributes to some health benefits . For example, the caffeine content can help your brain activity, reduce the risk of Parkinson’s, the risk of diabetes type II and also reduces the risk of Alzheimer’s.

However, that is completely different with energy drinks. Studies show the following: sugary drinks, such as energy drinks, have a higher risk of type II diabetes, obesity, hypertension and the metabolic syndrome. Consuming energy drinks, in addition to the effects of caffeine, can multiply some health dangers for a human. The video below gives a lot of information about the consequences of energy drinks:

It may be clear; coffee and energy drinks cannot be compared in many ways. Do you ever need an energy boost during the day? Then I can heartily recommend you to pour a cup of coffee for 3 reasons.

Despite the presence of caffeine, coffee is many times healthier than energy drinks, such as Red Bull. Leave these energy drinks as far away as possible, as they have absolutely no benefits.

How many ounces is a shot of Espresso 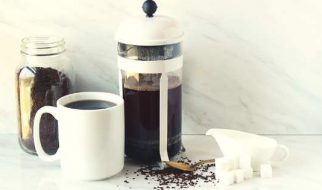 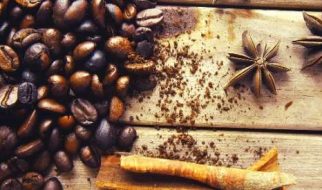 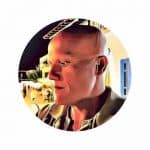 This is the spot where I nerd out about coffee. I am an avid coffee enthusiast (at least 3 shots of espresso daily) with a wife who loves cappuccinos. I love getting out in a coffee shop with friends and try out new flavors. On this blog, I share all the things I learn about coffee and related gear.

Learn more about me