In case you are a coffee enthusiast like myself, you may wish to know which is the best Jamaican Blue Mountain coffee.

Now if you are not a coffee novice, you may understand that this kind of coffee is quite rare to find and thus the most pricey one. In my opinion, this Jamaican Blue Mountain coffee worth it and you should try it!

Here is my top favorites:

The following video gives a brief story about this fantastic coffee. You may watch it before going through the whole post.

The Blue Mountain Coffee Scam And How Can You Bypass It?

It is known that the Blue Mountain variety is quite rare to find and particularly expensive on the market. So I am not surprised that some unethical growers have tried at times to make money out of it. However, the coffee they sell has nothing to do in terms of quality, flavor, and aroma compared to the genuine Blue Mountain.

In other words, there are some tricks, or some scams that are made, which you should watch out for when buying. Be cautious not to be deceived from the lowest price, because the coffee you get will have nothing to do with the authentic Blue Mountain. 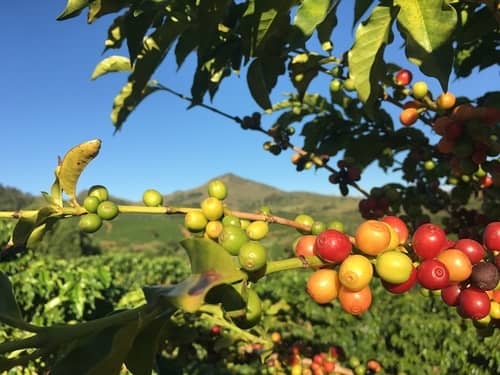 I must remind you that the genuine Blue Mountain Coffee is officially marked by the Board of Jamaica. If you do not see the relevant seal, then just do not buy it because it’s not the authentic one. 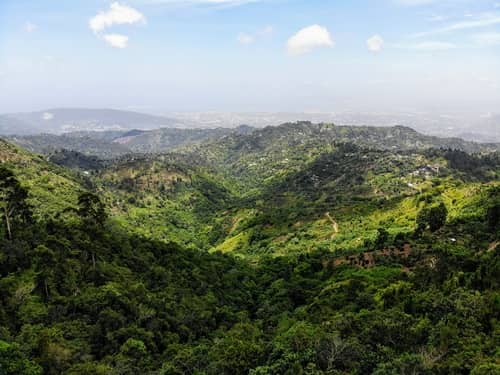 Another thing to have in mind is if the coffee you buy is packed or roasted. The majority of Blue Mountain is grown, roasted and packaged in Jamaica. Excluding coffee beans intended for export. If it is described that it was packed in America or Europe, then this is a sign that should make you feel suspicious of the coffee you buy.

There are, of course, some individual coffee enthusiasts who import coffee beans to roast them in their coffee shop. However, this category of importers is quite rare to find.

Also, remember that Blue Mountain’s production is not significant in volume in any way. Additionally, it is estimated that over 70% of the Blue Mountain coffee is destined for Japan. So if someone promotes that he has large quantities at his disposal, then again you should feel suspicious that something is wrong.

If you find Blue Mountain to a local coffee shop, then the owner should not mind to show you the certificate of origin. Since we are talking about an honest vendor, then he/she will have these documents available to you. Just do not hesitate to ask to see them.

What is Blue Mountain Coffee, and Why is it More Expensive?

Before I mention where you can find this legendary coffee variety, let’s see what Blue Mountain is, what makes it unique, and why it costs more.

For those who do not know, coffee is grown in the world in the so-called coffee zone. It is that strip of land ranging from Tropical Cancer to Capricorn Tropic.

There are two types of coffee grown for commercial purposes, the Robusta and Arabica varieties. Of these varieties, Robusta coffee is more resistant to the different conditions of cultivation. On the other hand, Arabica quality provides a more elegant and delicious beverage. 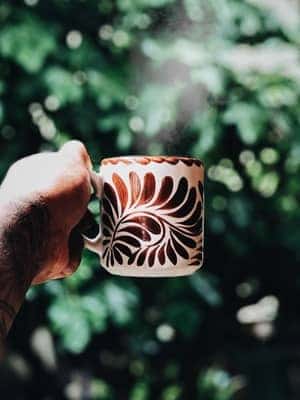 Coffee is grown at an altitude ranging from 3 to 5 thousand feet. The volcanic composition of the soil significantly affects the flavor and aroma of coffee. This uniqueness is what makes coffee lovers choose Blue Mountain, among others.

On the other hand, the composition of soil and climate is limited to this piece of land only. So this variety is cultivated in minimal quantities every year.

Also, due to the high altitude, coffee fruits are slower to mature than other more coffee-productive regions of the world.

Collecting coffee fruits is much more complicated and requires more manual work. This is due to the specificity of the region, the climate, and the working conditions that require higher cost and more human labor to collect coffee.

Also, coffee beans pass strict quality controls to ensure the superiority of this extraordinary coffee variety. Imagine that only the coffee beans approved by the quality-control of the Jamaica Coffee Council can be offered under the name Blue Mountain Coffee.

The Best Jamaican Blue Mountain Coffee and Where to Buy

There are several selected coffee shops, which can find Blue Mountain Coffee, but the easiest way is to buy one online.

Here are the best choices for Blue Mountain coffee beans that you may want to see and try out.

This blend of coffee is 100% Arabica and has a quite rich flavor, aroma, full body with moderate acidity.

It is the best solution for those who want to try a blend of Blue Mountain Coffee beans and do not want to spend a lot of money. If you start now with Jamaican coffee, this is the most affordable option.

This coffee offers the ideal balance of fruity taste, strength, aroma, and balanced acidity. For some coffee lovers, it is like the “Ferrari” for coffee, and it’s 100% authentic Blue Mountain Coffee in each bean.

Volcanica is a well-known company for supplying gourmet quality coffee.

Another product that is 100% authentic Jamaican Blue Mountain in every coffee bean. The roasting of the coffee beans has been done before export. Αnd has been vacuum-packed to maintain the freshness and aroma of coffee.

If you see the packaging, it reminds you of a traditional coffee bag. Creating a positive mood for your loved ones who can accept it very pleasantly as a gift from you.

This coffee is also packed in a vacuum before export, and you can offer it as a gift to lovers of coffee you love.

They are moderately roasted, 100% Jamaica Blue Mountain, coffee grounds. It is certified by the Coffee Industry Board of Jamaica.

This is another 100% Jamaican Blue Mountain Coffee, moderately roasted and ground for you.

It is a high-quality coffee at an affordable price, which is offered by an established coffee brand.

It is balanced in the aroma and flavor, with very little bitterness for your palate.

You can also find it in capsules for those who are interested.

It’s not the best quality that can be found, but they are sold at half the retail price of the best Blue Mountain coffee beans.

These are whole coffee beans and are the cheapest Blue Mountain coffee you can find.

They are relatively dark coffee beans but are sold as medium roasted. It is still a good choice for those who start to drink authentic Jamaican Blue Mountain coffee.

The coffee beans are slowly roasted to produce the best flavor and aroma.

If you are not willing to spend a lot of money and want to experiment a bit, then it’s a good coffee to buy.

Coffee Bean Direct claims that the taste of this coffee is too close to 100% Mountain Blue and without having to pay the extra money.

Packed in High Barrier Bag with Degassing Valve to keep coffee fresh. These are dark coffee beans where they have not lost their good taste since the roasting.

It’s also a perfect option if you want 100% authentic Jamaican Blue Mountain and not a blend. It is also an ideal choice for lovers of dark coffee roasting.

A delicious, high-quality coffee that is 100% authentic Jamaican Blue Mountain Coffee from Wallenford

The company claims to have a very moral attitude towards coffee growers, a very competitive pricing policy and offers outstanding service and support to growers and their relatives.

In 1728 Sir Nicholas Lawes, then Jamaica Governor and owner of the Hall Estate brought the first coffee plants to Jamaica. Initially, cultivation began at the lower parish of St. Andrew’s, but soon expanded to plantations deeper in the fertile Blue Mountains. The coffee industry has faced many ups and downs from these early days until now. Bewtween1800 to 1840, Jamaica produced 70,000 tonnes of coffee per year, making it the largest coffee producer in the world. Then in 1838, the abolition of slavery came. This is the end of many coffee plantations, as liberated farmers have begun planting and clearing all available mountains, so they have land to live on. In 1891 the coffee industry was generally confused, and legislation was therefore passed to provide “teaching on the art of cultivation and drying by sending competent trainers.”

In 1944 the government established the Jamaican Coffee Purity Center, where all types of coffee for export had to be examined. This purification and sorting process was a massive step towards improving the quality of exported Jamaican coffee. After the disastrous hurricane of 1951, there were only three coffee processing plants (called “pulperies”) that remained in operation in the Blue Mountains. To control the growth that was to follow, the Coffee Industry Council was set up to lay down guidelines on quality, cultivation, and processing. This council is still active to date and is checking out new crops to revitalize Jamaican coffee. In 1973 the three coffee processing plants at Mavis bank, Silver Hill and Clydesdale along with a newcomer, Wallenford, patented the name “Blue Mountain Coffee.”

A few years ago, the Twyman family won the legal right, through the Jamaican courts, to sell the superior product called “Blue Mountain.” 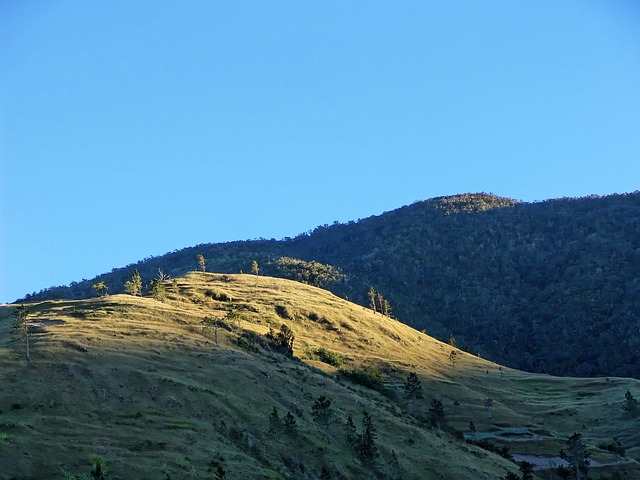 Jamaica is known for producing the most beautiful and expensive coffee in the world, and the reason is its location: the Blue Mountains. Only coffee trees grown at an altitude of between 3,000 – 5,500 feet can bear the name ‘BLUE MOUNTAIN COFFEE’ and more specifically that of the Parishes of Portland, St. Andrew and St. Thomas, and most importantly, cultivated on the estates of Mavis bank, Silver Hill, Clydesdale or Wallenford. Coffee growing at an altitude between 1,500 – 3,000 feet is called ‘HIGH JAMAICA.’ And coffee that grows below 1,500 feet is called ‘JAMAICA JAMAICA,’ (All land in Jamaica above 5,500 feet is a forest preserve, so no coffee is grown there.) Classifications of the coffee categories are based on factors such as size, appearance, and imperfections.

Jamaican Blue Mountain Coffee is a totally protected certification sign concept. It comes from a recognized development site in the Jamaican Blue Mountains, and its cultivation is controlled by the Jamaica Coffee Industry Board. It is cultivated at 7,500 feet, perhaps the highest mountain elevation in the Caribbean. The weather of the area is cool and misty with high rainfall. The soil is fertile with excellent drainage. This combination of soil and environmental conditions is considered perfect for coffee. The concentration of beans is only the first stage of a function involved. After collection, the coffee is cleaned and washed. Jamaica is one of a very few countries worldwide that allows coffee to rest and mature for a minimum of six weeks under the sun to ensure the required quality. After drying it is transported and packed only in wooden barrels. Over the last few decades, this coffee has gained a distinction that has made it one of the most famous, expensive, and sought-after coffees worldwide. Apart from its use for brewed coffee, beans are the basis of the flavor of the coffee liqueur [Tia Maria].

As I have already mentioned, Jamahan Blue Mountain Coffee is one of the most exclusive and famous coffees in the world. His reputation touches the boundaries of the myth, and for those who know of coffee is worth every dollar of its relatively higher price.

If you have another opinion about the best Jamaican Blue Mountain coffee, please leave a comment below.

Famous cafes in the world 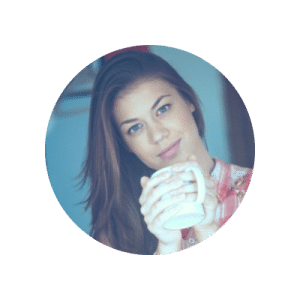 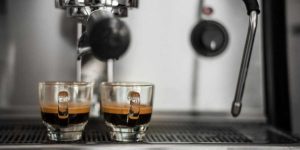 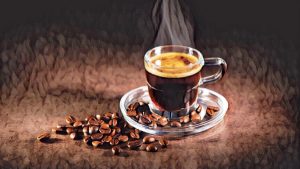